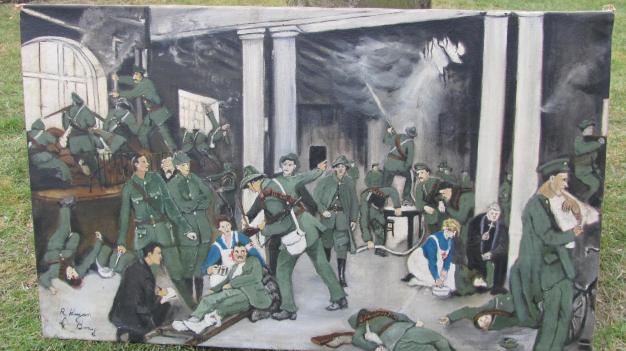 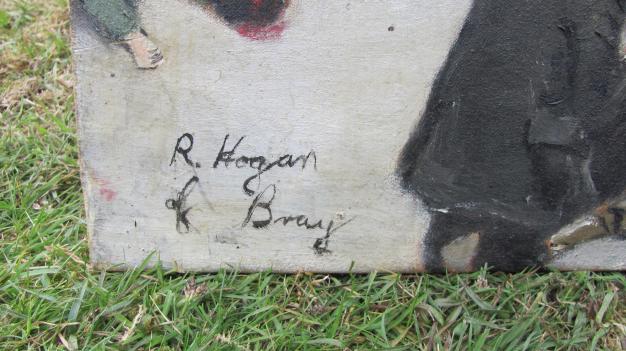 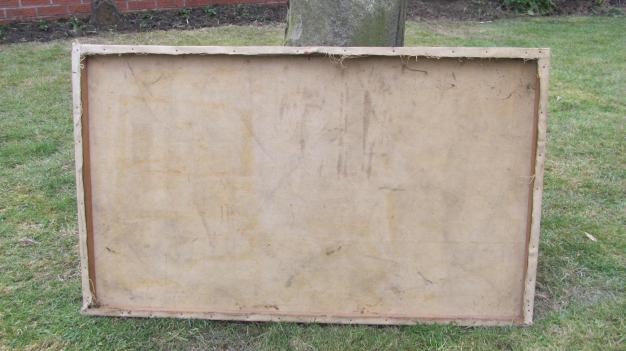 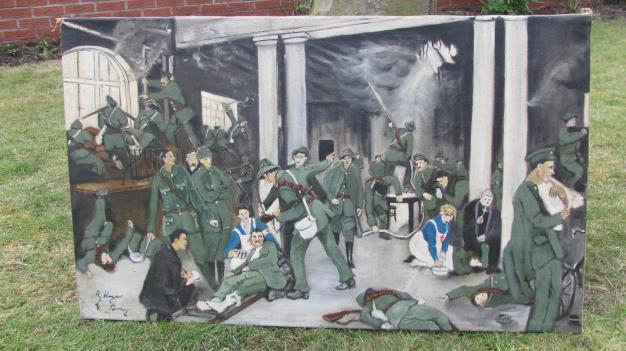 Oil on Canvas Painting Depicting a Scene of the Dublin Rising

Painting by Prof Robert Hogan Academic,Artist,Publisher, prolific playwright and critic ,actor,and director. Born in Missouri USA , he developed a love of Ireland and moved to Bray Co Dublin in the 1980s.
He produced the Dictionary of Irish Literature, which was described as a bible of Irish Literature and a monument to his scholarship.
Close friend of Sean O'Casey and studied with Elmer Rice . He loved theatre and wrote many plays. In the 1960s many of his dramas were produced in Los Angeles and in the 1970s he had several off Broadway successes.
His best known play was A Better place, which starred Lynn Redgrave and Dan Herlihy at the gate in 1973. And later won the Showbusiness award for outstanding play of the year for an off Broadway production of it.
The painting is an interpretation of a Famous GPO 1916 scene , and a great size.